Bitcoin has undergone a strong correction from the highs of $13,850 set earlier this week. At yesterday’s lows, the cryptocurrency traded for $12,900.

Analysts think that Bitcoin remains embroiled in an uptrend despite the correction in this market. One historically accurate analyst shared an analysis indicating that the cryptocurrency has a high likelihood of consolidating from here in the weeks ahead. This consolidation should be followed with a breakout toward $14,000, then potentially further gains as we near the end of November.

Related Reading: Here’s Why Ethereum’s DeFi Market May Be Near A Bottom

Bitcoin Could Rally Higher in the Weeks Ahead: Analyst

Bitcoin is expected to inch higher in the weeks ahead despite recent weakness in the market.

The cryptocurrency trader who in August predicted BItcoin would drop to $9,800 shared the chart below yesterday.

It shows that BTC’s recent price action is extremely similar to a period of consolidation after late July’s rally to $11,000. This fractal comparison indicates that Bitcoin will trend slightly higher to the middle of November, peak at $14,000, then continue to consolidate from there. Bitcoin moving to $14,000 from current levels would mark a 4.5% rally.

This expectation of a bullish consolidation lines up with uncertainty expected around the U.S. Presidential Election. Around the time of these elections, markets are often hesitant as there can be uncertainty about who the chosen candidate will be and how their policies will affect the economy. 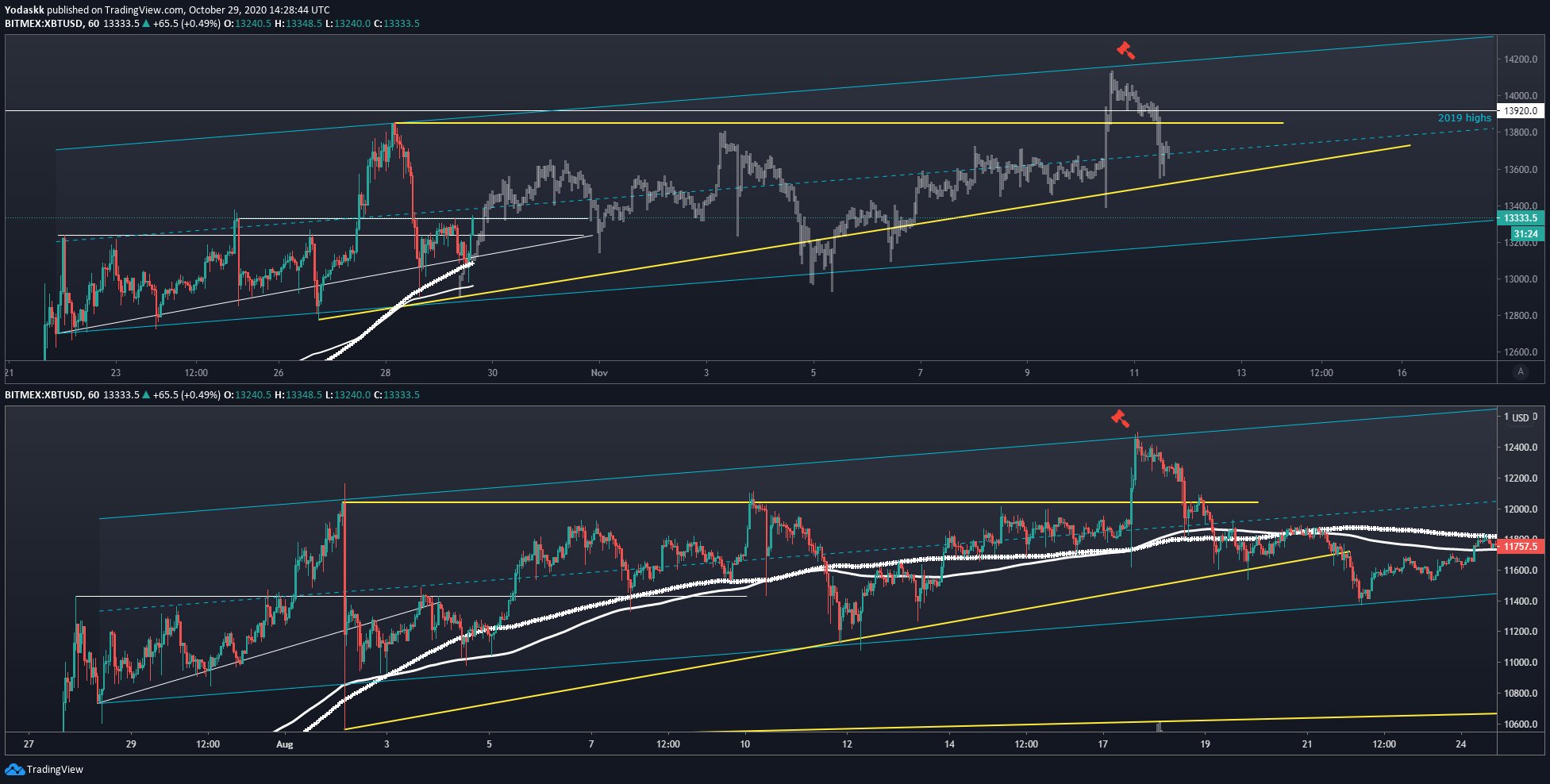 Related Reading: Tyler Winklevoss: A “Tsunami” of Capital Is Coming For Bitcoin

“A few weeks ago, I increased my ownership of #Bitcoin significantly and it’s now 50% of my investment portfolio. Why? I believe #Bitcoin is the best investment opportunity in the world right now. There are three reasons I believe this to be true today…. Fundamentals, Technicals, and Sentiment.”

PayPal has also begun to integrate cryptocurrencies into its services. Analysts say that this is pivotal for Bitcoin, as it will introduce millions into this space.