Some crypto projects fail to lift off. Others generate enormous traction and turn into industry’s rock stars. How do they do it?

Leading crypto start-ups don’t get into community-building for the warm, fuzzy feelings. They understand that even though innovative technologies and beautiful designs attract attention – mass adoption requires a vast network of supporters.

Almost without exception, every successful crypto project has had its grassroots movement that helped it raise awareness or persevere in the face of adversity. If it weren’t for their supportive crypto community, EOS would not have raised $4bn in its year-long ICO; Ethereum would not have withstood the 2016 DAO hacking scandal; and major companies like Microsoft, Starbucks, Overstock, AT&T, and Whole Foods would not feel the need to accept Bitcoin as payment.

Large communities give projects a substantial edge over the competition. Naturally, the larger the project’s community, the larger its customer base. But a vast network of supporters is also an invaluable source of credibility – a stamp of approval that acts as a magnet for new potential customers and fresh talent. It also serves as the primary source of honest feedback, a resource a few companies appreciate enough.

Conversely, the industry’s graveyard is full of start-ups that have ignored community-building and skimped on marketing at their peril. Deadcoins, a curated list of dead cryptocurrencies, has amassed an extensive record of crypto projects, some of which have failed because their founders or supporters had abandoned them. The latter of the two – community death – tends to be slow and rarely makes the news. Projects simply lose traction, trade volumes dwindle, and the coin slowly falls down the rankings until it’s completely wiped out of everyone’s wallets and memories.

Time and time again, founders have had to re-learn that even as technological expertise is the backbone of every crypto venture – it’s the communities of supporters that wield the power to make or break the project in the long term. No matter how innovative the technologies, user-engagement is still the fuel that runs the crypto start-up scene. 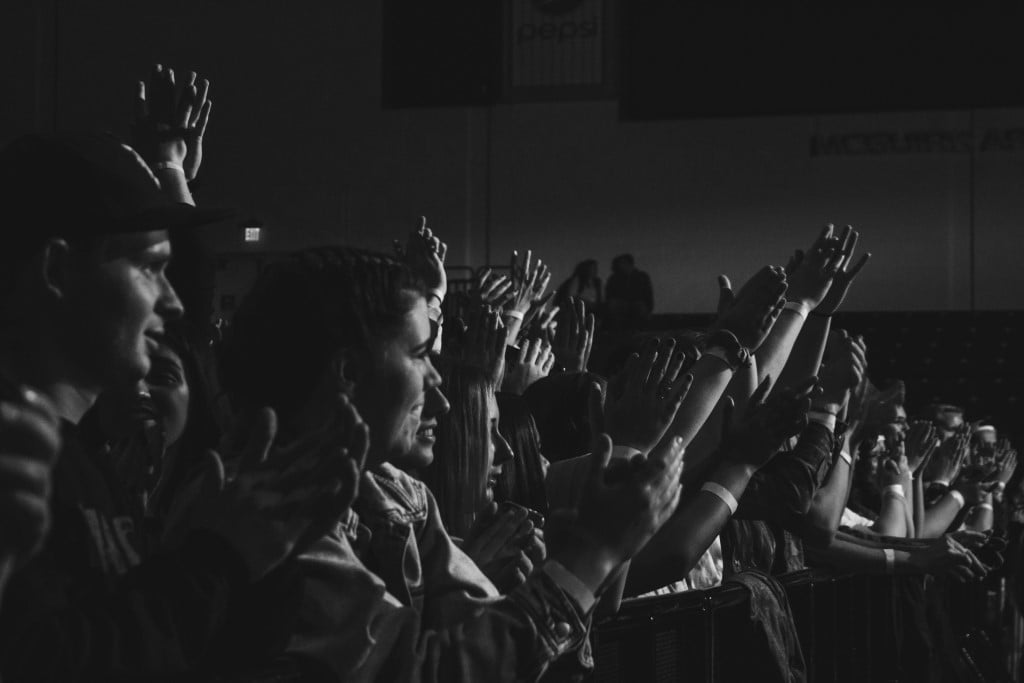 The most successful start-ups are different because they put in time and effort to foster their fanbase. They realize that some community members can be turned into brand advocates, boosting the project’s reputation and traffic through word-of-mouth marketing and network effects. Nevertheless, to cultivate a rock-star following – crypto start-ups must meet some prerequisites.

The crypto industry is already saturated – there are too many meaningless projects; too many generic altcoins that lack utility. All founders excite the possibility of substantial financial gains, lest their supporters realize that the project has no higher purpose and grow disinterested.

Great crypto projects are different – they evoke powerful emotions; they stand for something. Bitcoin imagined a monetary system that would respect privacy and ensure users’ financial freedoms weren’t subject to the whims of a single authority. Ethereum represented the future potential of decentralized protocols and uncensored app development. Silk Road, the original eBay for drugs, embodied the libertarian ideals of enabling victimless crime.

Communities sprung up organically around these projects because users believed in their missions and shared similar ideals. Today, of course, ideology is not enough – crypto projects must also offer something novel. Monero is an example of how to do it well – its untraceable XMR transactions were quickly recognized as an alternative to Bitcoin’s, whose protections of personal privacy are widely considered inadequate.

Leading crypto projects also offer their communities something different in terms of content. Instead of the commercial, search-engine-optimized (SEO) articles – which only frustrate readers – successful start-ups share insights, discuss relevant industry news, and start worthwhile debates. An occasional product-centric announcement has its place, but only reliable and honest communication – stripped of buzzwords, corporate jargon, and shameless advertising – generates organic traffic.

Naturally, a strong social media presence is a must, and so is engagement from founders. Vitalik Buterin, co-founder of Ethereum, Brian Armstrong of Coinbase, and Charlie Lee of Litecoin are among the most prominent figures in Crypto. All have amassed enormous followings on Twitter, and, by being present and approachable, they have added yet another layer of legitimacy to their respective projects.

Industry leaders must also put in extra effort into educating their target audience. Newcomers are often dazzled by the sheer number of crypto projects on offer. Most have already heard that the crypto world is full of Pump and Dump schemes, false promises, and misleading product advertising. Whether they’re aware of it or not, most are looking for an experienced guide. Through regular, clear, and authoritative communication, leading crypto start-ups can stand out and cast themselves as experts in their niche. 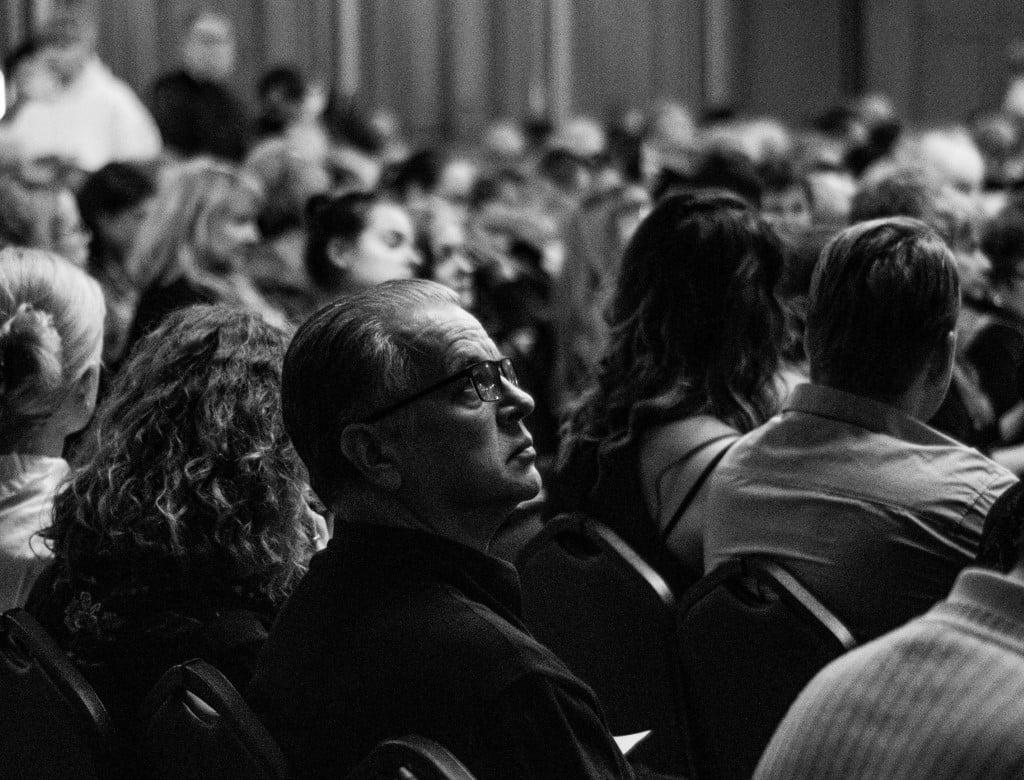 Nevertheless, such an approach remains surprisingly uncommon. That’s because, even though crypto start-ups go to great lengths to recruit the most talented programmers and Blockchain specialists, they still often skimp on communications. Development teams usually consist only of experts with a strong technical (or academic) background – marketing is rarely their strong suit.

Some start-ups even make the terrible decision to outsource communications to a third-party service provider, which usually doesn’t know – and doesn’t want to know – anything but the bare minimum about the project. Needless to say, this often proves to be a perfect recipe for misunderstandings and internal conflicts, and leads to contradictory communication, which only confuses and frustrates community members.

The value of in-house creative content writers, social media marketing specialists, storytellers, PR professionals, customer service representatives, and community-managers is always intangible at first. Those at the top realize that it is anything but.

Crypto communities are different from those in most other industries – they tend to be far more active. Everyone has an opinion and everyone wants to get involved. Users are always looking for ways to play a more active part in the project’s development or share their experiences. Most cherish the thought of being in the middle of the action.

After a while, it becomes common for experienced members to post high-quality content about the project and volunteer guidance for newcomers. Some of the most ardent supporters – a select few, who actually read the whitepapers – become brand advocates, standing up to critics who dare cast the project in a bad light. The aggressive Twitter presence of the XRP Army, a group of self-appointed Ripple project defenders, helps illustrate that last point.

“A wide network of supporters is an invaluable source of credibility – a stamp of approval that acts as a magnet for new potential customers, as well as fresh talent.”

But fostering such user engagement is not an easy or straightforward task. Algorithms do not easily tweak communities, nor can they simply be updated to version 2.0. Industry veterans confess that some forms of marketing – airdrops, giveaways, friend referral schemes, bounty programs – deliver mixed results.

In the short term, they boost the ranks of new members, attracting users who are most easily swayed by incentives. Nevertheless, these are seldom the members who add genuine value to the project’s development in the long term. They are rarely loyal, and they tend to scatter as soon as a competitor offers a better limited-time deal.

Real community MVPs do not rush to the front of the line after hearing a quick buck promise. For most, such marketing stunts look merely outdated. Worse, too much reliance on monetary incentives risks making the project look like a Pump-and-Dump or a Ponzi scheme in the making.

Of course, neither a compelling project narrative, nor meaningful content, nor active user engagement can compensate for an over-promised and under-delivered product. After all, successful crypto ventures are defined by whether they can stick to their roadmaps and develop solutions and services that bring users genuine value.

They also have to do so without cutting corners or taking shortcuts. Crypto communities are tightly knit, the word spreads quickly. No one likes a cheat, and no one wants to wait around for empty promises – projects need to live up to the expectations.

That’s why even those at the top are continuously innovating and shipping features. Binance has just launched Smart Contract-Enabled Blockchain, ExMarkets introduced Staking Pools, and, of course, Ethereum 2.0 is inching closer to deployment.

Purpose, sincerity, and conscientiousness is the recipe for becoming a rock star in the current crypto start-up scene—that and staying out of the 27 club.

About the Author: Gytis Trilikauskis aka VIziris is the Head of Content at ExMarkets Cryptocurrency Exchange & IEO LaunchPad

Economist: Bitcoin Could Be Setting Up for an Ideal Short Opportunity

Bitcoin Stays Above $10k For the Longest Period in History

Economist: Bitcoin Could Be Setting Up for an Ideal Short Opportunity